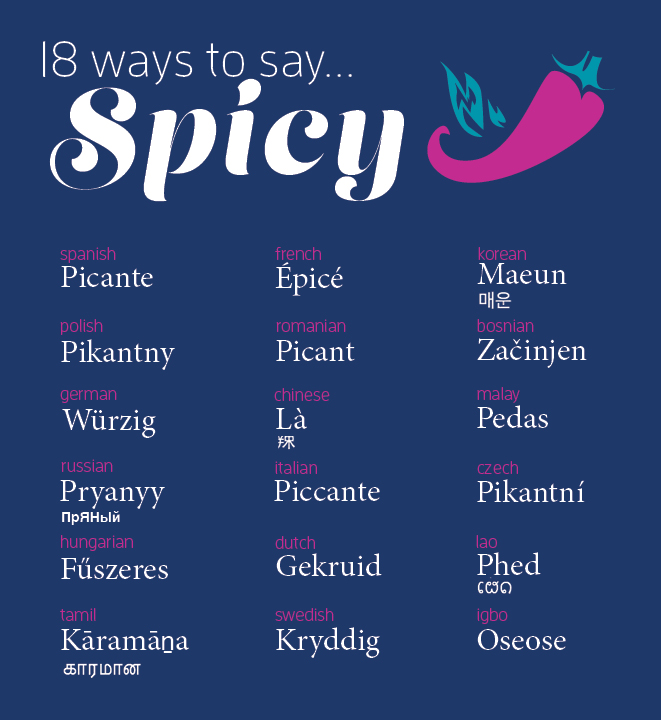 Hey! Did you know?

The Scoville scale is the measurement of the pungency (spicy heat) of chili peppers or other spicy foods as reported in Scoville heat units (SHU),[1] a function of capsaicin concentration. The scale is named after its creator, American pharmacist Wilbur Scoville. His method, devised in 1912, is known as the Scoville Organoleptic Test.

Unlike methods based on high-performance liquid chromatography, the Scoville scale is an empirical measurement dependent on the capsaicin sensitivity of testers and so is not a precise or accurate method to measure capsaicinoid concentration.

We think hot and spicy food is the way to go! So many of our translators and interpreters living across the globe enjoy hot and spicy foods with all of their meals — maybe that helps their linguistic skills?? Get in touch with us for your multilingual needs so we can match up a linguist for your international project.