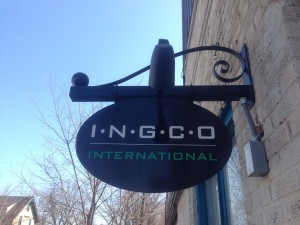 “What’s in a name?” We have heard this saying many times. One can pretend about not being serious about a name but we do get frustrated when our name is not pronounced correctly (maybe unintentionally) and immediately try to correct it.

So, if a mere pronunciation can irritate us then how problematic can a different meaning of a name be? One assumes that it would be a major problem and more so if it were a celebrity child because the whole world knows about it. The fact is that human beings are inquisitive by nature. If we come across a person who has a different name then the first thing we ask him or her is “What is the meaning of your name”? This question alone proves that it does matter “what is in a name”.

Suri Cruise is a celebrity daughter and whether she likes it or not and wants it or not everything about her will be a headline. In the era of 24/7 entertainment and news channels, the paparazzi need something new to keep their viewers interested. And if they are able to find something as sensational as a different meanings of a celebrity daughter’s name then nothing better than that. They will try to extract as much as they can from this point and try to increase their ratings.

Yes, the same word can have different meanings in different languages. Some might be funny and some might even be derogatory. A good example is the English word “Madam”. In British English Madam is used as a sign of respect for women. But the same word can have a different meaning all together in American English. Does that mean the word is wrong? The word is neither wrong nor right. Just the context in which it is used is right or wrong. In the same way Suri means “princess” in Hebrew and “pickpocket” in Japanese.

When translating or interpreting it is important to recognize the context in which a word is being used and who the audience is.  Here at INGCO International we pride ourselves on understanding the message that our clients are trying to convey.   We care about your success and we know what you mean.