Try Your Luck with New Year’s! 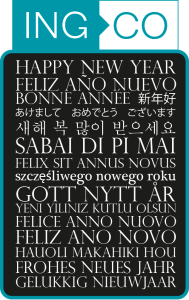 Many see New Year’s as an excuse to get together with friends or loved ones, eat at a fancy restaurant, or as a socially acceptable night to drink just a little too much. It’s easy to get caught up in the glitz and glam of bringing in a New Year, but underneath this highly celebrated holiday are centuries of ancient traditions.

Most choose to celebrate the New Year as a way to say ‘out with the old and in with the new’, a fresh start to the staleness of a tiring year. Other generations have celebrated the same concept. With the Winter Solstice occurring just a week before the New Year, it represents a lengthening of the days and the returning of the sun. Pagan rituals celebrated this changed and thought of it as a re-birth of a year. And then there is Christmas, or the celebration of the birth of Christ, which occurs in the days leading up to the New Year, and that many religions focus on and celebrate each year.

In many European countries, such as England, Scotland, and Ireland the 12 days of Christmas were revered and considered to be omen days. In English these days were used to predict the weather in the coming year, or as in Scotland the court had no power during these days, and in Ireland it was said that any man that died during these 12 days went straight to heaven.

The days leading up to the New Year are very special and highly anticipated days. These days are a time for setting things straight, cleaning up your homes, or paying off outstanding debts; all things that help to wipe the slate clean.  To help with this process, many cultures have developed their own ways to bring luck to their New Year.

In Rio de Janeiro, Brazil hundreds of thousands of people line up along the shores of the sea to pay homage and respect to Yemanja, the Yoruban “Mother of the Sea,” who brings good fortune. They even pay attention to the color of the underwear they wear on the first day of the year; Pink brings love, yellow, prosperity; and white, peace and happiness. The American tradition is to spend New Year’s with the person you love, and to share a midnight kiss to ensure a prosperous and fulfilling relationship in the coming New Year.

In Spain, it’s customary to eat 12 grapes for every stroke of the clock at midnight, this is said to bring luck in the near year. In Denmark, the Danes bring in good luck by hurling old glassware and plates against the doors of family and relatives homes. They also celebrate by standing on chairs and leaping off of them at the stroke of midnight, leaping into the new year is supposed to banish bad spirits and bring good luck.

In Japan, it is custom to wear the costume of next year’s Zodiac Symbol. For example, 2014 will be the year of the Horse. They will wear these costumes to the local temple, where the bells chime a sacred 108 times. And what is said to be one of the most dangerous celebrations, South Africans will throw old appliances out their windows for good luck. In Ecuador, the locals have a unique custom of making scarecrows and then burning them at midnight. They fill the scarecrows with newspapers and pieces of scrap wood then dress them up. As the start of the New Year approaches, each family will burn their scarecrow in the front yard. This supposedly destroys all the bad things that happened in the previous 12 months, and will scare bad luck from the coming year.

It is easy to see that there are many different ‘good luck’ celebrations throughout the world. Different traditions with unique histories that are celebrated and passed down through many generations. So if you’re feeling bored with the usual celebrations this coming New Year’s Eve, go global and try something new!

Get in touch with us now!