What the World Eats for Breakfast

What the World Eats for Breakfast

Breakfast is the most important meal of the day, but there’s no need for a boring egg on toast. All around the world, people eat comforting, filling meals to start their day. For some countries, breakfast means a slice of baguette with butter and jam, and for others breakfast is just as big as dinner. There is a whole world of breakfasts out there worth exploring. Here are some of our favorite breakfasts from around the globe. Just add coffee or tea! 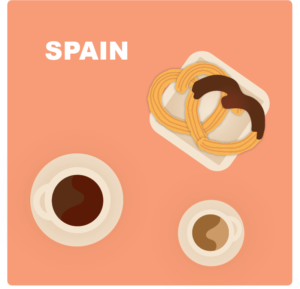 In Spain, breakfast is practically desert. Your morning could start with a serving of chocolate con churros, basically churros dipped in hot chocolate. Each churro is served with thick, melty, hot chocolate used as a dip. And don’t forget the triple espresso! Sounds good to me! 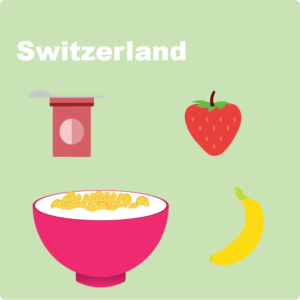 A common breakfast in Switzerland is Muesli. Muesli is a cereal blend of oat flakes, nuts, and raisins or other type of dried fruit. This dish is often served with yogurt. Who doesn’t love a good granola? 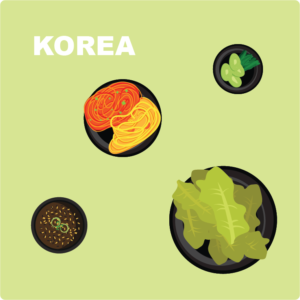 Breakfast is a big deal in Korea. Often times breakfast is the biggest meal of the day. A traditional breakfast in Korea consists of foods that could be found at lunch or dinner as well. You might find a stew of some sort, rice, and several side dishes. Kimchi, fermented vegetables, is a staple side dish of a Korean breakfast. Other sides include spinach or spicy cucumbers. 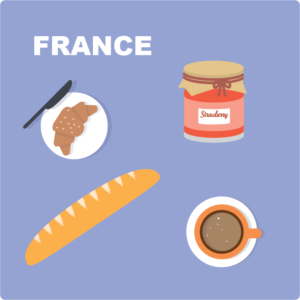 The French love their bread! In France, a typical breakfast consists of a piece of a baguette, topped with butter and jam. Breakfast pastries, such as croissants or apricot tart, are often eaten together with a cup of strong coffee or a glass of juice. 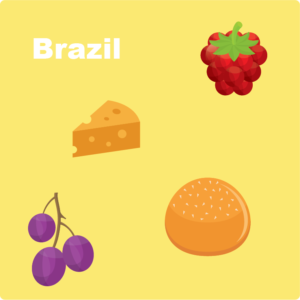 Pão de Queijos, or round-shaped cheese buns, are a breakfast staple in Brazil. Who doesn’t love an excuse to eat cheese and bread in the morning? Fresh fruit or berries, such as acai, are also commonly eaten for breakfastt. 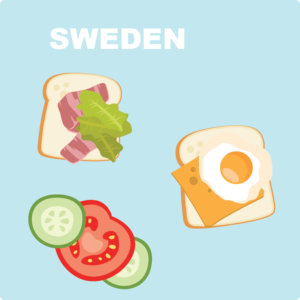 A smörgås is a breakfast staple in Sweden. Sound familiar? Maybe you’ve heard of smrögåsbord, a plate of cold meats. That’s basically what this traditional breakfast is. It’s an open-faced sandwich! Two slices of bread are often eaten, topped with butter and a combination of toppings including ham, cheese, lettuce, cucumber, tomato, and eggs. Yum! 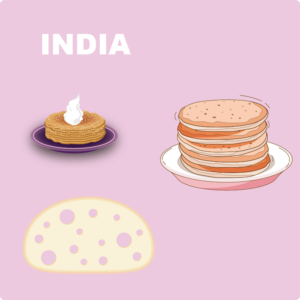 A typical breakfast in India varies depending on the region but is often quite similar to their lunches and dinners. A breakfast plate in India may include roti (flatbread), dosas (thin crepes made of lentils) or idlis (steamed rice-dough pancakes), and different dips and chutneys, as well as spiced potatoes. 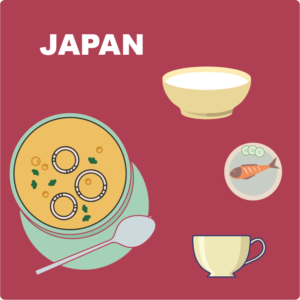 In Japan breakfast is often light, savory, and simple. A typical breakfast consists of miso soup and rice or rice porridge as the staple of the meal. It is accompanied by a piece of cooked fish and some pickled vegetables, and a cup of green tea.

What are your favorite breakfast dishes?